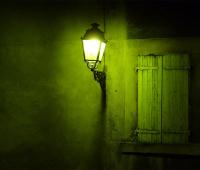 It will be tested in one of the Legnago way, a country's of the low-Verona, groped to save 30% on energy costs, will experience this new technology in light by installing "smart street lights" in the municipal project called "digital city".

Will be disseminated along via Ghiacciaia 16 experimental light points with an antenna that allows the direct control of a computer. Confident in the success of this experiment, was put into the program aims to install in the territory, including fractions, light poles 5400.

It is expected that the installation of these new tools for light saving will save the town of Legnago over 160 thousand euro per year to light up the streets of the city.

"They will remain covered by the above," points Graziano Lorenzetti, Councillor for the Environment, "only 400 poles isolated, fueled not by the network, but from photovoltaic panels."

To be specific, this project is technically explained by the same assessor which asserts:

"Outside of the lamp do not see anything new," says the commissioner, "but engineers can intervene on the control boards that regulate the activation and deactivation of sodium lamps. Inserts a small electronic devices, or of microchip, which through the network of electrical cables, are able to manage the individual lamps and their power consumption."

Virtually every pole, becomes a terminal, and can be used for many other applications.

"Indeed," said Lorenzetti, "through control panels and antennas installed on the poles, you can transmit data through a wi-fi network, or wireless." 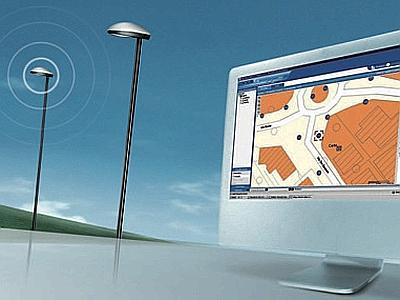 The experimental facility which comprises the 16 streetlights via Glaciers will be kept under observation and control from 1 to 15 May 2013, by the installing company of this technology, with the common goal of a successful test.

"The test of the system," noted Lorenzetti, "for the first 15 days will be monitored on consumption of the lamps. Then, first to 15 May, will begin the actual test with the new devices. If the result meets the expectation, indiremo a notice for the award of the management of 5,400 points of light to a firm under the new system, for a period of 15 years. Obviously, the company will win the contract will have the task of regulating, through the computer, the operation the entire line. Even the municipality will be equipped with a terminal, to verify the operation of the system. "

According to the city administration, the lighting project and saving light "digital city" will allow the lowering of the power of individual light points from 150 to 100 watts, resulting in an energy saving of 30% on actual current costs of operation of the lamps which are around 500 thousand euro per year.

"The goal," remarked Lorenzetti, "is that all the new system becoming fully operational by the end of the year."

The cost of the application of remote control to municipal posts will be zero for Palazzo de 'Stefani.

"The intention," continued the commissioner, "is to entrust the work through project financing, that is, the private company that wins the contract will recover the money invested through the tariffs of electricity consumed by the town hall. We hypothesized that the work will take three months to be completed."

According to calculations made by experts employed by the executive, the remote control can be applied to 90 percent of the light points of the entire municipality. The pilot will, of course, to test the reliability of the system and the certification of savings achievable.