“The technology is in place;
anyone who tells you we can’t bring about a system
based on 100% renewable energy sources right now
probably acts out of vested personal interest.”

The emerging countries are betting on renewable energy aware that fossil resources are going to be dropping Gradule or less than those of a planet that runs to the increase in population that will touch the 8 billion people. 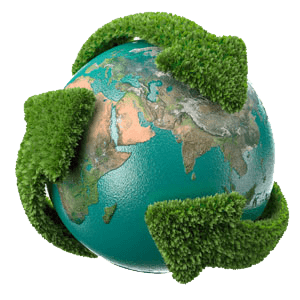 According to research by the Worldwatch Institute (the research organization focused environment globally with headquarters in Washington, DC named as one of the ten best research organizations for sustainable development) since 2005, the number of countries with substantial investments in renewable energy has risen from 48 to 127 but the most obvious is that they are mostly emerging markets to bet on the future of the green economy.
Eight years ago, 58% of the states that were financed sustainable energy in Europe and Central Asia, in 2013 the countries in these two areas only weigh a little more than one-third of the total.

The surprises come from Sub-Saharan Africa, with 25 states that have made big investments for the transition to clean energy. There is also great vividness in the Caribbean and Central America (17 countries) and between the Middle East and North Africa (12 countries).

Europe, North America and Asia, however, experienced a major setback due to the economic crisis that has undermined the incentives. The ways in which individual countries promote renewable energies ranging from tax credit (tax relief on green energy production) to the deduction, from the feed-in tariff (similar to our energy bill) and the renewable portfolio standard (the requirement for manufacturers to achieve certain percentages of energy from renewable sources).

But the real challenge for states and for utilities is to be able to integrate in a harmonious and productive old sources is low and the new developing into one system.