Driverless Cars: from January the Google Car on the streets of London

Britain is the first European country to open its doors on an experimental basis to cars without driver: from January 2015, in fact, the cars are able to travel independently will be able to challenge the traffic of the streets of London without incurring penalties.
It is still pending, of course, models usable by the public even if car manufacturers look to this path with increasing interest. The last constructor has been the Audi last weekend has begun testing an A7 unmanned car on the highway in Florida. 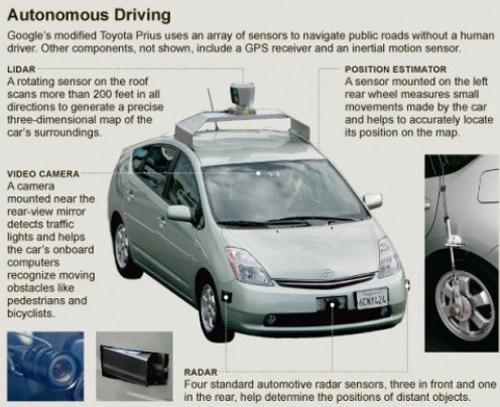 Until now, in Britain, experiments, in particular those set up by the University of Oxford, were carried out only on private circuits, with limited opportunities to test, but the government of London does not want to miss the chance to be all 'edge in one of the technologies that "will drive" innovation in the automotive world.
Both the Secretary Vince Cable Industry that the Chancellor of the Exchequer George Osborne led to the opening to ensure that legislative

"Britain is the proper place for the development and testing of unmanned car."

The government approved last year a national infrastructure plan aimed at the development of robotic vehicles without driver, without setting specific deadlines.

The Ministry of Transport will soon establish the regulatory framework in which they can move the car without driver and appropriate changes to the rules of the road, since the tendency to autonomous driving is slowed worldwide from liability issues, both in legal terms that insurance. The city available to accommodate the experiments, designed to last 18 to 36 months, can apply by October: The three winners will share a fund of 10 million pounds.

In fact Britain is the first European country to address the problem of unmanned vehicles.

CAR WITHOUT DRIVER IN SWEDEN

The municipality of Swedish Gothenburg, Volvo has given permission to experiment with one hundred cars in autonomous driving, but the test is not expected before 2017.

CAR WITHOUT DRIVER IN THE U.S.

In the USA, California, Florida and Nevada are the states that have liberalized the trial and only on the streets of California cars "driverless" by Google has already traveled more than 300 thousand miles.

INDEPENDENT CAR WITHOUT DRIVER IN JAPAN

In Japan, Nissan has already conducted last year, the first experiment on a public highway.