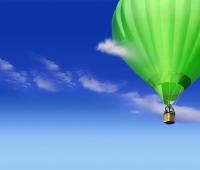 The future of renewable energies: the gasoline that comes from the air

Create synthetic gasoline from the air. The British engineers of the the Air Fuel Synthesis have designed a technology to separate carbon dioxide from the air and turn it into fuel using electricity. A new form of renewable energy that could solve the energy crisis.

The engineers have thus produce 5 liters of fuel in less than three months in a small refinery in Stockton-on-Tees, in Teesside. The oil obtained can be used as fuel, and if the electricity required for the process is obtained from renewable sources, the result is to a source of clean energy.

The project aims to produce more than a ton of gas per day within two years and the construction of a refinery within the next 15 years. The engineers of the IMechE, Institution of Mechanical Engineers, said:

Stephen Tetlow, Chief Executive of the IMechE, described the discovery as "truly innovative" and said:

"It has the potential to become a great British success story and opens up the possibility crucial to reduce carbon emissions. It also offers the opportunity to reduce our exposure to an increasingly volatile global energy. "

« Living "green" even in the office
Project "zero waste" »

In our previous release we talked about contributions in Verona for who buys electric bikes called...