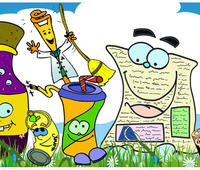 Re Creation with Mr Kilowattora, the primary school discovers the waste recycling

The Administration of Affi (VR) and Argo with Mr Kilowattora together again for the third educational project for Primary School.

Spring 2012 is the season of the new educational project "Re Creation with Mr Kilowattora©: the primary to discovery of the recycling of waste", created by Argo and presented by the defender of the Environment ad Energy, Mr kwh. The educational program is open to all sensitive Local Administrative Realities that, like Affi, take particular awareness of its future citizens, children! 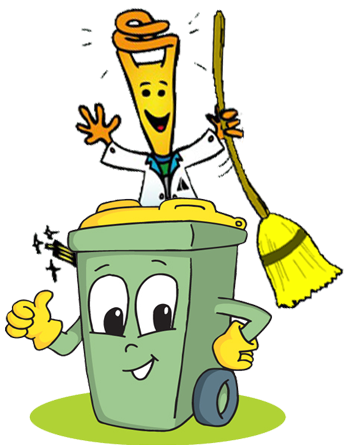 The project concerns an educational route which goal is to show and explain some of good practices talking about recycle and waste management.

The project for primary school, developed and realized by Energies and Communications Divisions, with the direct collaboration of the teaching staff, involves the students of Primary School.

Concepts that are developed in 2 educational meetingswith the classes of School on the wide range of waste, on their recycle and deeply talking about glass, paper, different types of plastic, alluminium and cells and batteries have a particular refer to the social, energy and environmental aspects and want to reach following goals:

- understand the "waste resource" and educate children to a reduction of consumption, to a lower production of waste and to recycling;

- make students awarness of the problems related to the excessive production of waste;

- know the route of the different kind of more common materials suitable for recycling;

- value the difference between the employ of energy needed to create  lots of different objects and the needed one to create the same objects starting from recycle;

- know behaviours aimed to reduce the waste production by encouraging the developed in children a basis of critical consciousness and the awarness of the personal must of everyone to partecipe to the best management of waste.

Will present several examples of objects and materials resulting from recycling: children will also be stimulated and invited to draw pictures, images or write though on the project and they will receive some gadgets built with recycled materials.

The informative and educational interventions show as protagonist Mr. Kilowattora who during  the other 2 projects led children in the world of energy and in the world of the life of trees, men and animals. 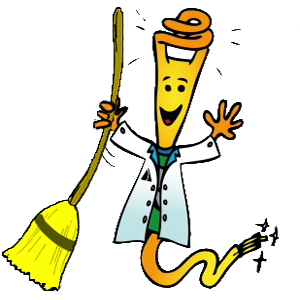 The introduction and the study of social, energetics and environmental aspects of recyling will be faced with the support of simple languages,with encounter of frontal type supported by audiovisual aids, finalized to transmitt the knowledge base and understand  the basics of environmental,with specific reference to presentation of principal materials for recycling waste (glass, paper, plastic, alluminium and cells and batteries), to the route of recycling and/or regeneration of waste and their interaction with man, in the forms in which there are multiple forms of processing and use.
The sam objective to promote themes concerning the energy efficiency and the respect of nature has led the Administration City of Affi and Argo to an important investment in each other, finalized to transfer to the children the primary concepts connected to the reduction of consumption and the recycling waste.

For the sake of our planet and future generations, we rely on the contribution that children could gice, now like simple users of energy, but tomorrow like workers, technicians, managers and b. “Lausinessmen. We work well today for a peacefull tomorrow”.»

So, the date is in your school, Mr Kilowattora waits a call to bring you in the magical world of recycling waste!

News and Press other 28 news »

New Account Thermal 2016 has entered into force with more incentives and more interventions...

On May 31, 2016 the DM 16 February 2016 entered into forcerelating to the Heating Statement 2.0. Closed the public consultation phase, you start the...

Agienergia published the article by Andrea Tomiozzo:"Energy Efficiency: when the “oblige”...

It has been published online on july, 1st, the article written by Andrea Tomiozzo, executive of the Environment and Energies Division of ArgoIT.com,...