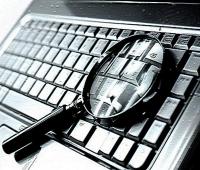 ratingis the taking of control or of espionage and in someone's computer. The "rats" are programs that can be sent to Internet users and when users open them or dump them the hacker takes control of the PC. Most of the "rats" have options like full control of automatic enabling of the webcam and user's vision through it, escaping clearly the concept of privacy, read the user's password etc..

What does an hacker gain from rating?

Everything. Cash, accounts, games, pass, everything. Some people like to have in there facebook and also ask friends to borrow money in witch they would steal themselves. When you make a move rating, you get control of the accounts of users who lose all their privacy. I have been a spy for the games and accounts - What do you care how much you take.

How to know if you have been "rated"?

Well it's as simple as having antivirus. If you see the mouse moving, or the light of your webcam turns on and off irregularly, at random, I would not doubt that you have been "rated" and someone is spying on you.

« Definition of clickjaking: what's...
How do I stop pop-ups on your computer? »

Reference: YouTube The institutional spot of Argo for the inauguration of the new head office is...