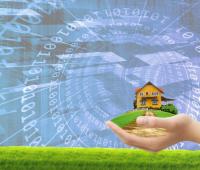 Future is energy efficiency and digital revolution thank to the smart city, the intelligent cities

"The best thing about the future is that it comes only once".
(Abraham Lincoln)

Argo continues its research and its studies everyday in the field on energies, with particular reference to the energy saving and efficiency and relative the world of Communications and Digital Device. 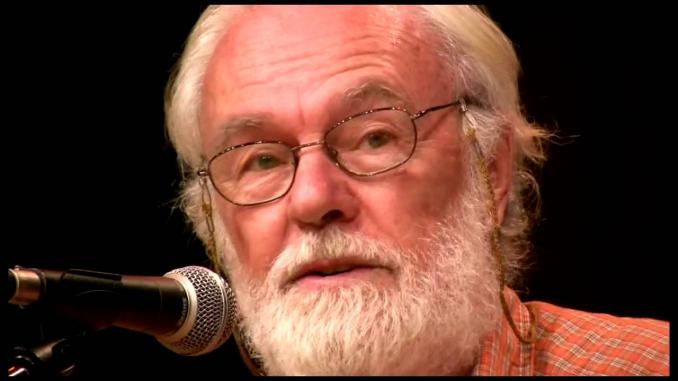 Areas of a certain caliber that touch our daily lives for the works, projects and ongoing research and studies made by Man and depth for a greener world and a better environment.
That said, what better quote to motivate and give a hand to the constant pursuit of our Company in the areas mentioned above except that of David Harvey, a professor of anthropology and geography at the City University of New York, who affirmed that

"The city is the world that man created. The question about what kind of city we want can't be separated from the other questions about what kind of persons we want to be, about social ties that we try to build, about relationships with natural environment that we are cultivating, the style of life we desire and aesthetic values that we pursue"

A definition that perfectly embraces our core business which aims for a greener future, fueled by projects aimed at improving effectively based on a steady decrease in carbon dioxide emissions and increasing energy efficiency of buildings and especially the cities themselves through a digital revolution synonymous with "social, economic and political", thanks to the advent of digitization of most of the access to information.

Currently the city covering 2% of the earth's surface; accommodate 50% of the world population which will consume 75% of energy, emitting 80% of the total quantity of carbon dioxide. If urbanization was the key to an economic model, the environmental issue, the demographic crisis and the persistent urge to change, starting from our homes, devouring 50% of Europe's energy needs.

"The city is first of all a place of social interaction. Cities become too large, or too inefficient, unable to fulfill the main task. Need a new economic development to revitalize the urban programs."

The challenge is to make concrete the concept of "Smart City": a "intelligent city" for translation, able to keep pace with the digital revolution and innovation, to improve the quality of life and give a new impulse to the economy. 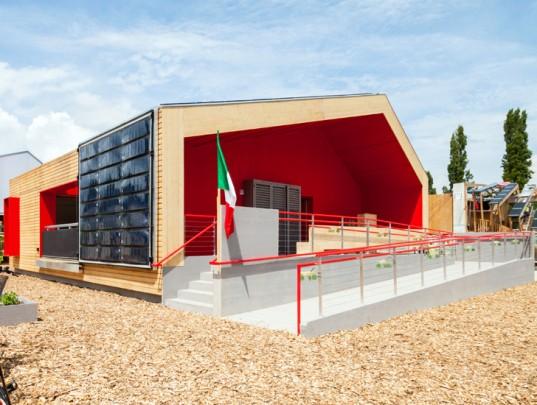 Italy holds a concrete example, with regard to sustainable architecture, the concept of "smart city".Sicuramente a great first step toward "smart city", thanks to the research and applied studies of 50 students from the University Rome three where, in fact, there is a tangible example of what should characterize a "smart city".
These students have been imposed with the project "RhOme for density" in the competition between universities worldwide, Solar Decathlon 2014, to innovative building projects. An eco-friendly and low-cost housing solution for the redevelopment of a suburban neighborhood.

"We have focused on housing energy self-sufficient, able to communicate with the user, who is in a position to take advantage of all the technology implemented, opening the house to energy consumption. Now, however, we should not be content with this success, but translating it into reality: from prototype to product with the convergence between the worlds of research, institutions and businesses, "Solar Decathlon 2014: Italian winner in green building design"

PROJECTS IN ITALY AND THE TRIALS AT EUROPEAN LEVEL 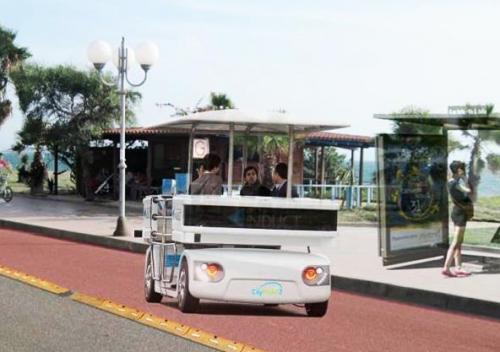 At European level, there are many trials work in progress in the mobility and public transports, for example, is taking off City Mobil 2, a pilot project started in 2011 in Oristano (one of the seven European cities participating in the project), born for the testing of public transport systems with electric road vehicles without drivers, which in the medium term could become a useful tool for our urban areas, in order to consider the car as a service, not as an asset.

In Denmark, on Bornholm Island, 2,000 families are testing EcoGrid, "The Intelligent Danish wind", an experimental project to save energy and control their energy consumption in the home by adjusting consumption. It is a system in which the electricity network of homes and is impressed local was combined with a special "smartbox" able to communicate to a computerized system, in real time, information on any waste of energy and the cost of electricity at a given time. 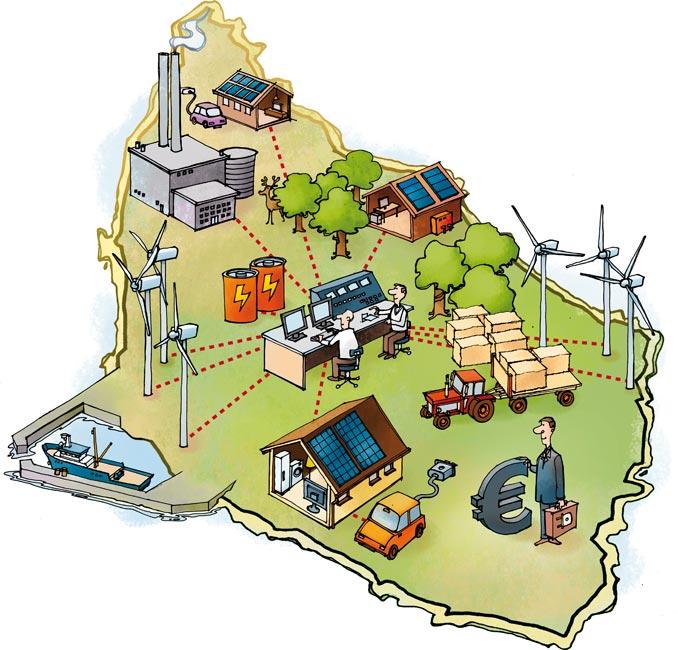 The smartbox also regulates the lighting in the house and turn off the heating when the temperature exceeds a certain threshold. The computer system in fact, in turn, calculates the cost of energy and, depending on the weather conditions, invites residents to reduce consumption in the event of days when the wind is low or nil. An information network and electrical distribution "intelligent" therefore, able to respond to the energy needs of consumers and stimulate intelligent behavior by users.
Within two years, the trial will be extended to other parts of the Scandinavian country in 2020 and it is expected that half the country's electricity is supplied by wind.

Fundamental and decisive importance is the role played by companies in the face of limited public resources: Holland, Kuiper Companions is one of the companies that decided to bet on change.

Kuiper Compagnons, with twenty years of activity behind with regard to the planning and design of urban and regional environment, he did not. In ten years he has designed in Heerhugowaard the "city of the sun" (the largest residential area with zero CO2 emissions) and now, on that model, it acts in the world by building "smart cities."

"The future is very open, and it depends on us, on all of us.
It depends on what you and I and many other people do and will do, today, tomorrow and the day after.
And what we do and we will in turn depends on our thoughts and our desires, our hopes and our fears.
It depends on how we see the world and how we evaluate the possibilities of the future that are open. "
(Karl Popper)

It is thanks to statements such as these that we at Argo, we want to do our part in bringing forward our corporate creed that, now more than ten years, accompanies us day after day:

"We work well today, for a peaceful tomorrow".

Many educational projects for primary... » 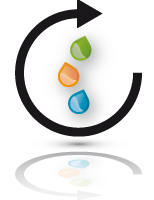 With ARGO, arrives in Verona the high Education Energy Managers of the future

Reference: Argo "We train people who can make the world better"Argo, technical company of...