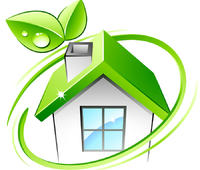 Google for the first time in Europe

In Germany the first investment in PV out of USA.

In Germany, in the federal state of Brandenburg, that surrounds the federal capital Berlin, the Division "Green Business Operations" of Google invested about 5 milioni di dollari in a project to realized a photovoltaic plant which peak power  is 18,65 MW.

Thi plant, among the biggest ones in germany, will be realized by using mainly photovoltaic modules of German production and it will have an expected production of electricity of the order of 20,000 kWh / year.

« Italian Energies for South America
99% of plants from renewable sources is... »

Educate citizen to the energy efficiency by solar "trees"

Argos has always tried to offer services aimed at raising awareness and empowerment of citizens...