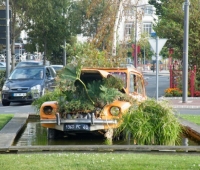 The first city incredible edible: the food revolution of Todmorden 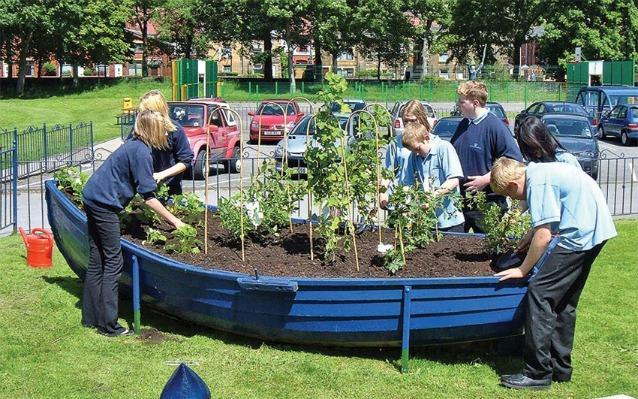 Apples, pears , cherries, raspberries and strawberries ripen anywhere in the city . Corn growing up in front of the police station, and the fruit trees that surround the fire station. Vegetables ( with invitations to " do it yourself" ), near the railway station and adjacent to parking . The residents grow food for themselves in any space not used in any other way . And no, this is not a vision of a sustainable future , but it is a real place.

On maps is known as Todmorden, a town of about 16,000 people that is located in West Yorkshire , England, between Manchester and Leeds. But for many who live there , it has become affectionately known as " incredible edible Todmorden - Todmorden incredibly edible " , an initiative launched by two women from the local community, three years ago . Pam Warhurst and Mary Clare became convinced that a food crisis was looming and would directly affect their children and grandchildren. The local population , having wondered what could be done locally to help improve the world , then decided to plant vegetables on balconies , in gardens, out of jobs, along the edges of the cemetery , anywhere. The initiative is simple but radical , based on shared public actually transformed Todmorden .

The idea is that commuters on the way home from work, they can choose what they need to prepare a delicious meal. Or if you're around, waiting for a train, you can do a little 'spending free : beans in the cemetery, tomatoes along the route of the channel to the bus stop and broccoli , fruit trees and some herbs in the garden of the pharmacist . It is still so today . Indeed , walking around the city in the growing season , you will see more and more evidence of this innovative approach , and the city has set itself the goal of becoming self-sufficient even from the point of view of food by 2018. 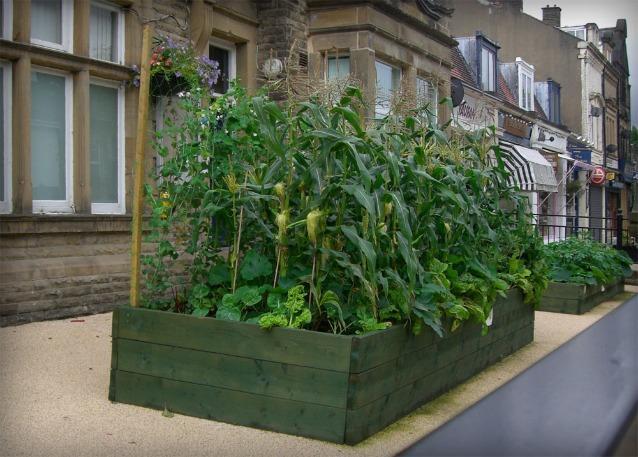 "Incredible Edible Todmorden " has been so successful that the local government has made available to even the smallest piece of land in the name of sustainability and social aggregation . And today, after three years , everyone , absolutely everyone engage in the cultivation of the most gigantic urban garden , and those who do not cultivate it, to Portalebio Pam explains , " It deals with the design of the signs explaining what and how it is produced. Others are concerned with the collection and cook for everyone during the holidays , others still educate children by teaching them to recognize plants and fruits. " They have also been included cooking classes for everyone, gardening lessons in schools, a campaign to make ' every egg a local egg ' , and another to encourage more beekeeping. And farmers are reporting an increase in sales and have been inspired to create new products such as cheese and cold cuts of rare breed pork .

The initiative is in addition to benefits in the territory , also had positive feedback about the community where , since 2009 , acts of vandalism have fallen sharply, without considering , in fact, the social revolution that involves the participation of all the amazing feat and the ' beginning of the elimination of private ownership of the products of the earth : in fact everyone can take what they need and make available to the other fruit. So enough with the imports , enough fruit and vegetables out of season , the old traditional farming methods seem to be a very good solution for the future. So much so that Incredible Edible Todmorden has overstepped the boundaries of , and it has spread , as well as in other areas of England , France, Germany, Spain , Canada and even Cuba and Hong Kong. And we hope that the problem will come soon in Italy. 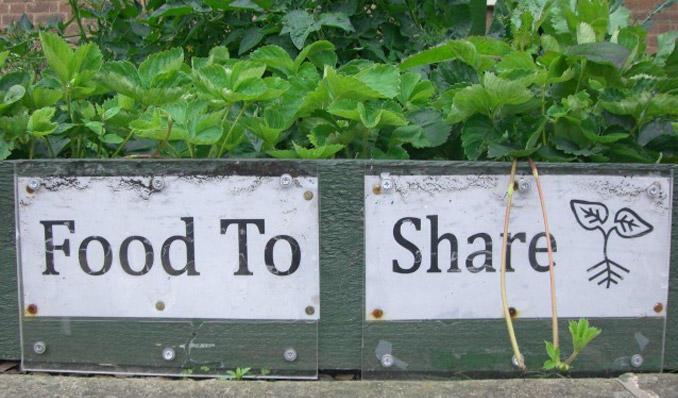 « Accommodation and rooms in cement...
A soccer ball that generates energy to... »