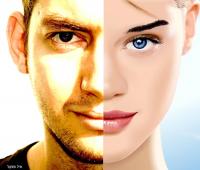 Facebook profiles are under attack, in fact, on the night of November 2, Facebook went offline for almost an hour because of a bug that makes it accesible over a million users, without entering the password.
This news was announced y the BBC who explained how everything is born from a post by Hacker News, which has put online a string that when plugged in on Google, would give free access to anyone (including malicious) accounts to 1.32 millions of users.

One of the security guards of the social network has stepped in to reassure users, explaining that luckily this link can be used only once.
Indeed, according to experts, it is a link similar to those that the same Facebook, automatically send e-mail notification when there are updates aor profile.

Reference: http://www.eurid.eu The registrations of doamins ".eu" were start in the last quarter of...