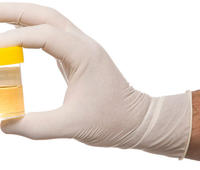 Jokes are easy, but the scientific results can sometimes lead to greater satisfaction.

Get the urine produced energy , saving on gasoline , diesel and power can be possible.

The idea is revolutionary but certainly not new, in fact, has already been tested in many parts of the world, but so far no one had yet perfected and made accessible: to succeed was the Sardinian Franco Lisci, Gonnosfanadiga entrepreneur who developed a project to obtain energy from the pee, fundamental substance to activate the process of electrolysis .
Used as an additive, the urine lowers the release of CO2 into the atmosphere, and therefore represents an important help for the environment and our health.

Presented in Alghero on the occasion of a conference - exhibition of Legambiente on green innovations, the project was carried out on two different types of engines to normative law and powered urine , one for transport , the other for domestic use , how to turn on the light, computer , cooking, use appliances or other equipment that go with the current .
The processing operation of Straight was based on overcoming some technical obstacles , such as the use of a specific filter from 100% pure sheep wool of Sardinia, which prevents the formation of condensation, is depolluting and thus makes it possible to the use of urine without damaging the engine.

"It is energy derived from themselves, clean, without the use of petrochemicals or biomass, which produces no gas of any kind and, given the small size of the plant, does not consume virtually the soil",

explains Franco Lisci, whose company is part of the production center CO2.0 the Casa Verde.

"The energy produced by the plant - still - is suitable not only for domestic consumption but also for the engines of cars, trucks and boats that could use 100% pure urine instead of gasoline and other fuels. However, for the Italian State, this use is illegal, as is allowed the use of additives. then We have made the processors that allow the use of the motor car in the urine as an additive."

The results, according to Lisci, are more than encouraging.

"At the end of the process, in fact, the urine turns into well water, full of useful substances to nourish the earth,"

stresses Daniela Ducato, coordinator of Casa Verde CO2.0. It can also use the animal's pee.

"Using the urine of goats and sheep to feed the engine being prepared - confirms Monica Saba, breeder of Arbus - and produce clean energy, my cheeses and chocolates to goat's milk, thus eliminating the CO2."

« Christmas lights powered by an electric...
Sprout, the first pencil in the world... »