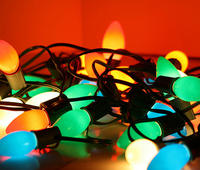 Christmas lights to decorate trees and facades of houses are a tradition, but also involve the consumption of energy. To reduce waste, someone had the idea to power the lights with alternative energy sources. 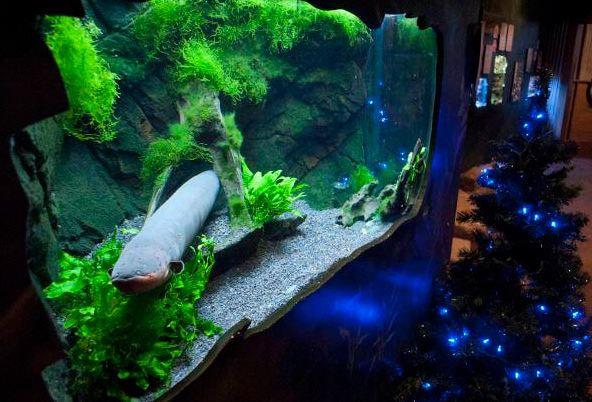 One of the most original ideas in this sense is the one I had some years ago by a Japanese aquarium in Kamakura, near Tokyo, which is able to power the lights of his big Christmas tree (more than two meters) thanks to an electric eel.

The mechanism takes advantage of the ability to generate electricity when the eel moves, "capturing" the current with two aluminum plates. It must be said that the current generated is not entirely constant, and the tree lights are flashing randomly and with different intensities depending on how swims eel, but this in this case is a merit given that adds charm the lights.

Even in Italy the use of an eel to generate electricity is not new !
The first time , in fact, was set up a Christmas tree powered by this form of natural energy exclusively in Jesolo (Venice) in the Sea Life Park . Again , the lights of the tree were intermittently fed by an electric eel freshwater , typical of rivers of South America.

The eel has the ability to generate through its toned muscles arranged along the sides , the electric fields of the order of a few hundred volts using for hunting, self-defense but also to communicate with his peers . It is this electrical energy produced by the eel that is used to illuminate the decorations intermittently shaft . Here's how it works. In the tub of eels were placed two plates of electrodes that convey the current produced by movements of the fish whose electrical shock can be up to 500 volts. The sensors - they know those responsible for the water park are absolutely harmless to the animal. 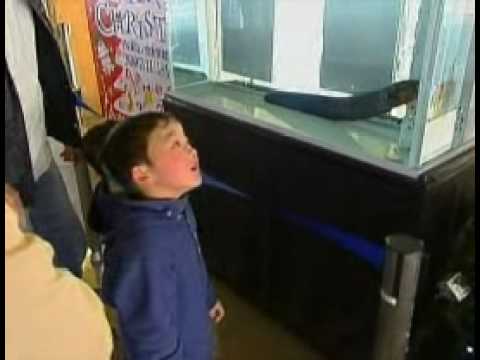