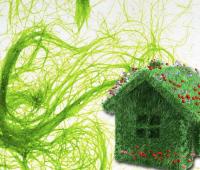 In Germany, here you are the ecological house powered by algae

The "algae-house" stands in Wilhelmsburg, a district of Hamburg, designed by Austrian Splitterwerk of Graz: is a 5-storey building under construction that will be completed by Easter. That is, a real surprise that comes out of the egg, this building might be called the first house covered 100% free of algae that is able to produce complete autonomy in the energy required for space heating and water.

Going into the specifics of the technology used, inside of the glass panels of which the body has been covered, the microalgae are grown, they store and absorb sunlight and create a system of shading on the one hand "protects" the building , as a kind of shield, keeping it cool in summer; the other increases the thermal resistance of the transparent surface, limiting the dispersion of heat in the winter. To all intents and purposes, a bioreactor!

In addition, the algae die, they decompose and become biomass from which is extracted methane is fed back into the house for the production of thermal energy and heat rooms and water by installing a biogas plant near.

Each square meter of the surface of the facade makes about 15 grams of biomass per day, which, in turn, allows the production of approximately 4,500 kWh / year, plus the annual energy requirements of a family of four. 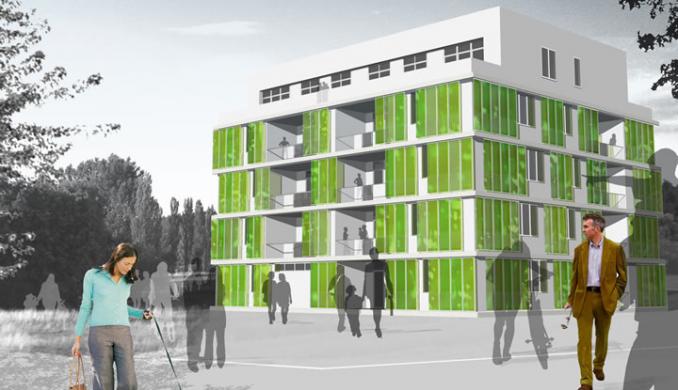 « Environment and Ecology: Legambiente...
The commitment of the city of Verona to... »

Living "green" even in the office

The place where we spend most of our time and one of the places where the waste of paper, ink and...