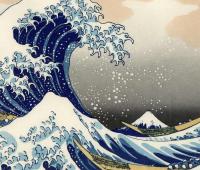 How do you extract energy from the waves? Is it convenient?

The waves are one of the three sources of energy that the sea can offer. The other is the motion of the tide and the exploitation of the thermal energy stored in the ocean.
The plants are still in the testing phase, it is estimated, however, that the waves can provide nearly 3 million megawatts and are a source of energy comparable to the wind turbines.


Currently used systems are fixed or floating for the recovery of energy:

These two systems have a flaw: they are made of metal and easily attacked by rust, the sea, attacked. The problem has been solved thanks to the introduction of piezoelectric materials, which have the property to produce electricity when subjected to mechanical stress, for example because oscillate but are firmly anchored on the sea floor.

It is already being tested a series of rafts installed in the Gulf of Mexico.

« Electric cars are really green?
What are the elements of a photovoltaic... »