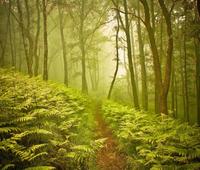 Energy from the forest

Low cost energy from wood, in Val d'Illasi conventions for the use of wood chips and waste wood boilers from waste wood and fuel: resourcea also for agricoltural farm

Increasingly involved in experimenting with alternative energy sources, Badia Calavena (VR) hosted a convention about "Forests, orchard, oleaginous plants and solar energy: goof alternatives to oil and natural gas", accompanied, as usual, in the "days of alternatives" organized every year in the country, in 2 days (saturday and sunday) of demonstrations and practice proves on already built plans.

The attention moves, this time, from already running photovoltaic and from wind farm under costruction in Badia, to biomass of  plant origin and on solar.

In a convention held by Veneto Agriculture you talk about also alternative energy (from cultivation of orchards in land, with the cut of firewood fully mechanized).

The convention of Badia, organized by Cogev, cooperative management of green and the General Union farmers - Cisl, with the sponsor of the local Administration of Badia Calavena, the Mountain Community and the authority Park of Lessinia, takes part in the Moot Hall under the nursery school and it's open to all.

An explicit invitation is open to all public and private realities, agricultural and forestal operators, farm holidays, hoteliers, thecnician, engineers and thermohydraulics. All people who, as professionists or users, can benefit from the knowledge of these new technologies outstretched to save on energy costs.

After the greeting of the authorities have provided the interventions of Guido Pagan Griso of Cogev; the Municipal Councilor responsible for ecology of Legnago, Sandro Pozzani; di Sergio Lonardi; Andrea Tomiozzo of Argo Srl of San Martino Buon Albergo; Luigi Gallucci, consultant of solar plans and responsable of the information desk on renewable energy fonts of the City Council of Badia; Gabriele Baldo, of the General Union of farmers of Verona. Topics range from the use of waste and vegetable oils as alternatives to fossil fuels, to experiences of district heating with wood biomass; to the employ of sunflower oil as alternative to gas oil, to the local experiences lof exploitation of solar energy, to the Rural Development Plan 2007/2013 with the contributes provided for the development of agricultural and forestal enterprises.

At the Elda Alberti's agricultural farm, in centre of Badia, along the roadmain nearby the bridge on Progno river, ther will be guided tours to the wood chip plant (50 kW of power) installed in the holding, demonstrations of chipping, demonstrations of use of sunflower oil and moreover the exposition of  pellet and logs of wood boilers, the exposition of a chipper, sunflower oil boilers, solar and PV pannels, and much more other equipment connected to these technologies and to the work in the forests and in the fields. In both days will be presented technicians able to answer to the questions, give advices and show the plans. 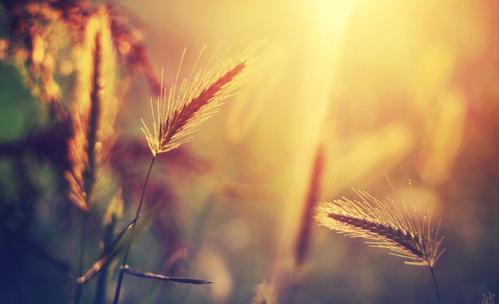 The entrance of the agricultural world in the field of energy production is one of the last trend in this field, characterized in th elast years by increasing of prices of fossil fuels and by the uncertains always more and more frequent about the fornitures of oil and gas, that promote the research of alternative sorces.

"Wood and vegatables biomass and solar energy are present abundantly on our area and could constitute an important integration to the usual energy sources, as well as to an alternative less subject to the whims of the international market", said Guido Pagan Griso, one of the organizer of the manifestation.
"Modern techniques allow to use for the heating, products such as the waste of the pruning and the waste of the cutting forests, with clear aspects, also economic ones, or products of specific crops such as the oilseeds. There are different advantageous possibilities, from the individual user to the construction of district heating plants, to the management of heating for third parts".

The Administration of Badia has in program a plant with wood chip boiler and district heating for pubblic buildings (Town Hall and schools) and private users in the center of Badia. The chip is obtained by chopping with a machine, called "chipper",the waste, the branches of the pruning or from the cutting of trees, material that  was picked ans designed to the domestic fireplace, while today it is left in the forest or burned in the field. Luigi Gallucci, pioneer of these initiatives, is looking since a long time with interesst at this technique:

"It's a paradoxical waste: our forest are full of wood abandoned to rot, that among other defaces the environment, while it could be use to reduce energy costs and reduce pollution of the air".

He mentions a boiler which he saw in an agicultural enterprise nearby Vicenza:

"When I saw it, it burned the stalcks of corn produced by the enterprise in large quantites and it worked very well: it was a wonderfull show. The oner assured me that in this way, he disposes all the residues of waste of the farm production. Practically it heats the house and everything else without spending money".

Reference: Authority for electrical energy and gas Newd  rules an e procedures for the...