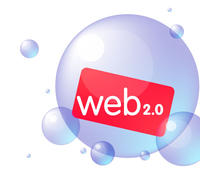 Perhaps we talk about it more than we use it and still it isn't clear for all the concept of Web 2.0.

Moreover: could we transform it from a philosophy in a practical application? Descovering the Web revolution.

During the entire 2005 we talk a lot about Web 2.0 and also newspapers and daily press have rushed to fill their pages with this therm. Indedd, the Web 2.0 is yet to come and we are only in a phase of passage. We search to understand what it is, both culturally and in enforcement.

The misunderstandings to be resolved

Web 2.0 is an invented expression by the american publisher O'Reilly, expert in publications on the new technolgies and in particular Internet. It's not a new version of a software, as could us make think that 2.0. Simply it's a good and appropriate slogan to indicate the overcome of the Webas well as has so far been and the entrance in a a new phase of the Word Wide Web. To simplify, we identify with Web 2.0 the passage from websites to services in the sense that Internet as we know it is vanishing to give its place to a new Web, which cases of success and which parameters will be different from those used until now. A onoing transformation that will continue still for year and which final results are still unknown. 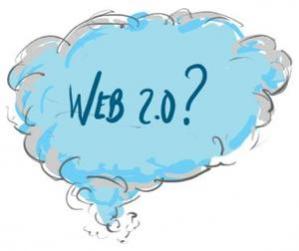 In particular, in any way we're talking about a technological enolution of the of TCP/IP protocols at the Internet base. We're talking about means, instruments and services, normally the preserve of the Web, that is good to remember, is different from Internet as it is a his service, even if the most widespread and used together with e-mail. So also about the nomenclature is struggling for some time because in addition to the version, engendered by that version of 2.0, other commentators think limitative talking about Web. Infact, the announced revolution includes the access to Internet from a serie of different devices from the PC, from mobile phones, televisione and radios. All that will use the digital. So better is Internet 2.0, isn't it?

Frankly the discussion, for this rests on factual basis and on sensitive differences of views, is a bit mincing. De facto, while commentators - and many users of Web - are discussing about the name, Web 2.0 - or as you want to call it - is increasingly changing the way to approach to the use of the network,that is the most important thing. If the final results, as we said previously, aren't completely known yet (when will reach them? and in which form?), all different intermediate passages are not only know but they are under the eyes of all: phenomeno like blogs, the social networking, the condivisio online, at the level of the site, service or platform are quickly increasing. The common thread, infact, of the Web 2.0 is just the collaboration and the condivision, the social interaction, cultural and professional one realized thanks to the technology. 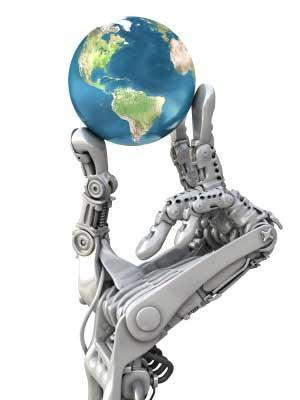 Web 2.0 isn't the evolution of a technolgy, as said, but rests upon a technological base is costantly evolving. In particulare, technolgies at the base of Web 2.0 are:

- XML or eXtensible Markup Language - language that is a mix of rules for the structuration and the logical comprehension of data through the computer. Extensible, is indipendent from platform and supports internationalization and localization. It's compound by tags and attributes but it limits to delimit data, leaving the interpretation to the application that read them.

- API or Application Program(ming) Interface - is a collection of available standard procedures for programmers. As a rule, they are collect to form a set of specifc instruments  for a certain task. They can be private or pubblic: somewhat simplistic, we can say that API of a certain program or service allows the developers to create software or services to complement to that program or service.

- AJAX o Asynchronous JavaScript and XML. - It's a technic to develop Web interactive and dynamic applications interattive using the combination between different languages of programming languages and objects.

Thanks to the use of these technolgies and their combinations are possible integrated services that use single applications from different Websites. Full possibility of communication and interaction between different sites and services, infact, are the coordinates on which born new applications and services, often developed or used in shared mode and collaborative.

This system, together with all its derivations and all its variations (from the social interaction to the collaborative programming), is Web 2.0. A revolution announced, still in progress, which will change Internet both for users both for companies.

Web 2.0 (2): from websites to the Applications and Services

Reference: Shinynews The transformation is going on but some examples of Web 2.0 are already...