Waves as the fusillo pasta to improve telecommunication

From a research conducted at the University of Padua in collaboration with the Swedish Institute Angstrom get a solution to the problems of congestion of communications.

The idea came to the group of Fabrizio Tamburini and published in the New Journal of Physics, is to "twist" on themselves electromagnetic waves.

In a three-dimensional perspective, this phase spiral seems a beam-shaped fusillo. Each of these twisted waves can be generated in an independent manner, propagated and detected even in the same frequency band, behaving as an independent communication channels. 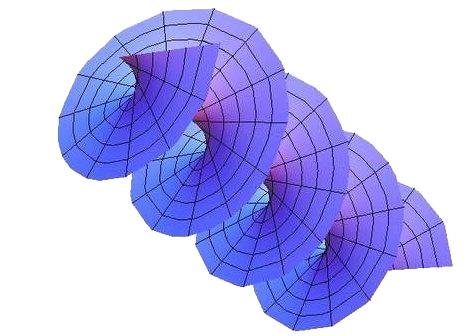 The proof that this solution allows to improve communications in the experiment is conducted by a team of Tamburini last June in Venice, transmitting in the 2.4 GHz band by a lighthouse on the island of San Giorgio to an antenna located on a balcony of the Palazzo Ducale, a distance of 442 meters.

The experiment - conducted in a real environment, moreover, full of interference - was a success and suggests that this technology could lead to the creation of a number of independent channels in the same frequency, with a low rate of overlap, for telecommunications.

Within reasonable economic limits you can think of using an orbital angular momentum in five states, from -5 (counterclockwise) to 5 (clockwise), including the waves twisted. In this case, we can have 11 channels in a frequency band. You can use the multiplexing, such as digital TV, on each of these to implement even more channels on the same states, which means that you could get 55 channels in the same frequency band.

Romanato Philip, another of the researchers, said:

In addition to improving communications, this solution can serve - as said Tamburini - also to measure the rotation of the black hole at the center of the Galaxy.

« Pinterest, the explosion of the new...
Photovoltaic games, solar gadgets,... »

Salvation is in the copy

Reference: Shinynews For the modern companies, data are essential but also fragile goods. To avoid...