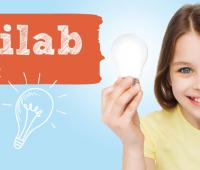 Contests and energy in Veneto: the Vivilab prize is awarded to the primary school in Belfiore VR

A fantastic way to know energy for the students and a great satisfaction for the Headmaster and the teachers of the third and fourth classes of the "Dante Alighieri" Primary School of Belfiore in  province of Verona.

An engaging and interesting educational project whose purpose was to make students understand the meaning of energy, recognizing the different types interspersed in the various uses in daily use by promoting responsible use of energy resources. "Vivilab", the project that previews a first phase of laboratory classroom followed by an expert sent by the Brescia-based company Vivigas, promoter of the 5th national contest "Vivilab".

2 hours in each class that have seen conducting practical experiments aimed to help students understand the importance of energy resources and which saw the participation of 66 students, including 35 of the third and 31 of the fourth "Dante Alighieri" elementary classes of Belfiore that won the first prize of one thousand Euros among the Italian primary schools invited to communicate both in a practical way and in an experimental way, the world of energy.

After the laboratory, the 66 students were enrolled in the competition organized by Vivigas, working at school for about a month and a half to arrive later to the sending of the works.

The productions of the two classes consisted in a magazine on energy, the "Energy News" delivered to the company by the fourth class, in which there was a plastic and an Energy box with above it a Green house, a model of a house with photovoltaic panels, has been reproduced by the third class through the use of simple and recycle materials, including 3 caps of reams of paper boxes, paper and tape. Each cardboard cover was used as a tray containing the large book of energy of the Vivigas company and renewable energy experiments tested in the classroom and in fact, above all, the Green house.

The teachers who have followed the project explain

"The award will be spent to buy educational and technological material ... Thank Vivilab, the boys were involved in energy issues and environmental sustainability, laying the foundation to make citizens aware and responsible."

The students of Belfioresi have earned the first prize "for having represented in an original way the conscious use of energy and the exploitation of non-polluting energy sources," reads the motivation of recognition Vivigas.

In the wake of these formative educational experiences that closely affect our small territories, remember what the training projects for primary schools as "At school of  Energy School with Mr. Kilowattora" can really lay the foundations to accompany towards a cleaner future and greener our children and younger students. After reviewing the educational project proposed by us as far as the energy saving and the world of energy, please make direct contact with the Argo staff for any information and deepen the objectives of this educational course dedicated to our future fellow citizens.

« Solar energy from sand thanks to the...
Smart Engine is the engine that... »